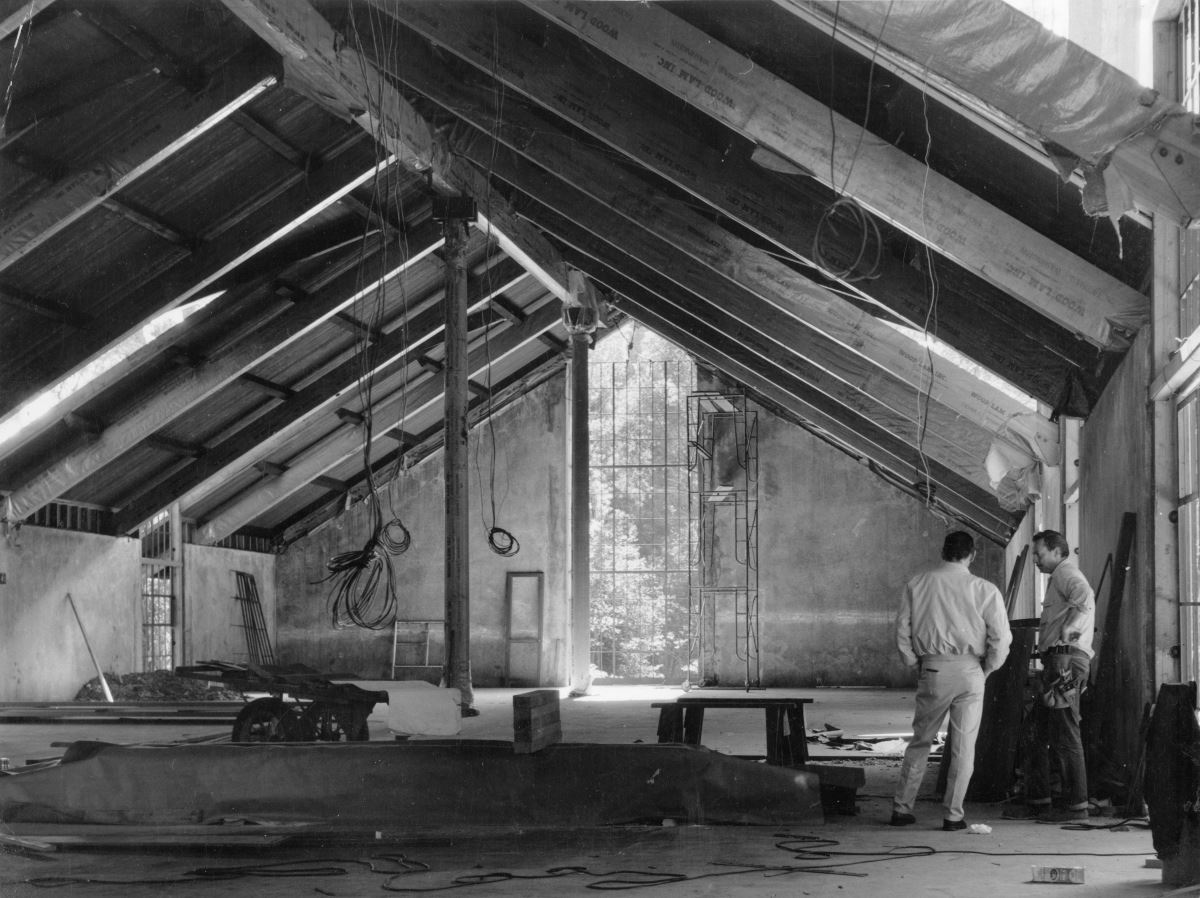 Our first story is about our current Library. With its iconic 60s architecture, floor-to-ceiling windows, fireplace, and deck facing the redwoods, our Library is beloved for its outstanding architecture and idyllic location. But how did this building get built and how did it end up in a park?

With the original 1911 Carnegie structure facing serious maintenance and overcrowding issues by 1937, discussions to replace it began. Over the next two decades, some twenty possible locations were debated. Among these were Boyle Park, Lytton Square, the Post Office building, the marshland opposite Tam High, and the Lumber Yard. It wasn’t until 1959 that Old Mill Park was considered.

In September 1963, at a packed meeting, City Council agreed on the controversial Old Mill site. Trustee Paul Forman said: "You’ve got to remember that we’re not packing 8,000 square feet of Old Mill Park and shipping it to Los Angeles. We’re going to use it for a most worthy purpose."

Eight months later, a $325,000 bond measure passed by close to 70% approval. Donn Emmons was chosen as architect, Lawrence Halprin as Landscape Architect. Richard O'Hanlon designed the sculptural group at the Library’s front. To avoid any unnecessary cutting of trees, the building was canted six feet, and the service court drive was moved to spare one limb of an ancient live oak. The new building opened in September 1966.

The architectural firm of Wurster, Bernardi and Emmons won an American Institute of Architects Award in 1969 for the building and wide praise from the public. According to architect Emmons, "That building did exactly what I hoped it would do. It’s used by a lot of people almost as a club. It’s not strident, it’s relaxed, fits into its space in the community - these are the things that you strive for. It represents everything I believe in." 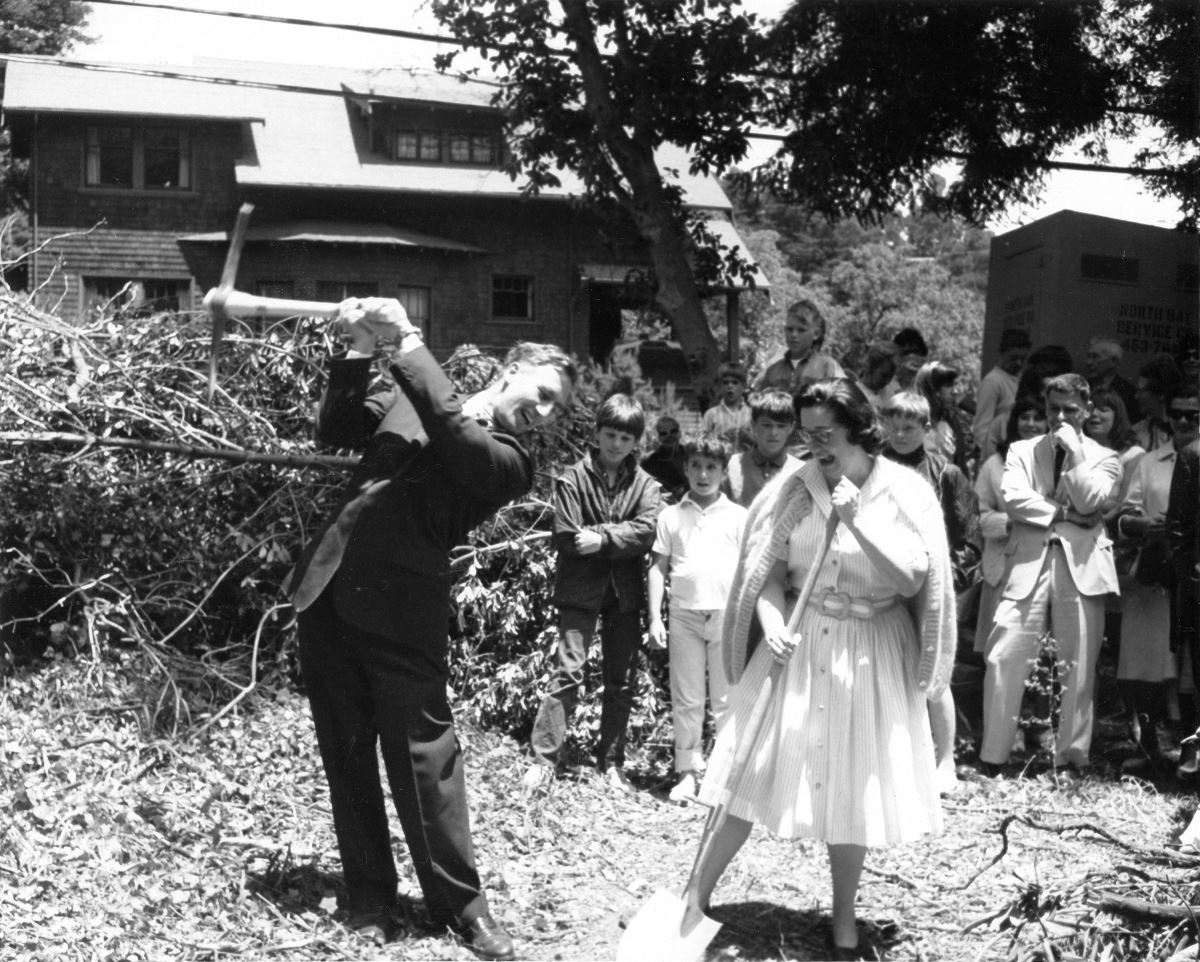 Art Carpenter, who helped shape America’s contemporary woodworking movement with his design, method, and philosophy, designed most of the original furniture you still see here today.  In later life he claimed that the commission — over sixty pieces — was “the one  I’ve enjoyed the most and reflect on as one of the best I’ve done”. He was renowned for what came to be called the “California round edge”. For the library he used his favorite wood, black walnut.

A 1996 renovation, adding 9,000 square feet, now houses our Children’s and Fiction Rooms. William Turnbull Associates, designers of the environmentally sensitive Sea Ranch project, were selected as architects. In 2010, through refinancing of the 1996 bond, the Library was able to modernize areas of the Main Reading Room, Circulation Area and Fiction Room. Art Carpenter’s son Tripp was brought on board to create new pieces for the Fiction Room, again in black walnut, from the same lot of wood that his late father had used decades earlier. He reconfigured the Library’s Reference and Circulation Desks, recycling much of the original wood. Tripp’s updated desk arrived in the back of the very same 1966 GMC Suburban truck his father had used, traveling over those same twisting roads from Bolinas to Mill Valley.